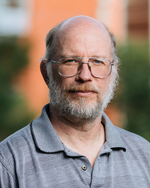 The methods and ideas developed for the HMP have helped lay the foundation for a number of other metabolomic databases (DrugBank, T3DB, FooDB) and metabolomic software tools (MSEA, MetaboAnalyst, MetPA, MetaboMiner).
They have also led to the development of a number of interesting clinical metabolomics projects and collaborations. These include studies of several cancer biomarkers, the identification of organ transplant biomarkers, and exploring wound healing mechanisms. Please visit Wishart Google Scholar Citations